The Problem With Wine Bottles - The New York Times

They may be a perfect container for aging wine, but glass bottles contribute enormously to climate change.

As a subscriber, you have 10 gift articles to give each month. Anyone can read what you share.

Glass bottles have historically been the perfect containers for wine. They are inert and handily sealed, so wine can age and evolve for years free of influence. They are easy to transport and store. A 750-milliliter bottle is the perfect size for two people.

Yet glass bottles have never been more of a problem than they are today, at a time of global trade disruptions and climate crisis.

Many producers over the last couple of years have reported difficulties obtaining bottles and complained about higher costs. Along with the usual pandemic supply-chain problems, bottles from China, a major source for the United States, have been subject to 25 percent tariffs since 2018. Production in Ukraine, where bottles are made mostly for Europe, has effectively halted because of the war with Russia, diminishing the supply.

These are cyclical problems. Wine producers can adapt in the short term, no matter how painful. The far more urgent long-term concern is the climate crisis and related environmental challenges. Numerous audits of the carbon footprint of wine production have blamed glass bottles, from production to delivery, for the largest percentage of greenhouse-gas emissions from the industry.

This perfect container, it turns out, is a huge problem for the planet.

Making glass bottles demands an enormous amount of heat and energy, and bottled wine, with all the necessary packing materials to protect the fragile containers, are heavy loads that require lots of fuel to ship. The heavier the bottles, the more fuel burned and the more greenhouse gases produced.

The world could perhaps accept this, except for one major additional problem: Once those bottles are drained of wine, they are typically thrown away. The whole energy-demanding, greenhouse gas-emitting process must be repeated, again and again.

Theoretically, recycling glass bottles should help mitigate the problem. But, as Jason Haas, the general manager of Tablas Creek Vineyard in Paso Robles, Calif., explained in a recent blog post, the state of glass recycling in the United States is discouraging.

The Environmental Protection Agency estimates only 31 percent of glass in the United States is recycled, compared with 74 percent in Europe and more than 95 percent in Sweden, Belgium and Slovenia. It’s actually worse than 31 percent, Mr. Haas said, as much of that glass is crushed and used to build roads rather than to melt down for new glass.

Unlike many smaller nations, which can impose a unified set of rules nationally, Mr. Haas wrote, the United States is a large and complicated country with many different jurisdictions, each with different rules and requirements for recycling. Few enforce even these.

In America, recycling has largely been left to government and consumers. Perhaps the system would work better, as some have argued, if glass manufacturers were responsible for recycling. Mr. Haas suggests that the wine industry must try to increase its use of recycled glass.

A better and more wide-reaching solution than recycling would be to return and reuse bottles, as people did for decades until the post-World War II era of convenience ushered in the disposable bottle. Sadly, people seem so wed to the convenience of tossing things out that several promising recent trials of reusable wine bottles failed dismally.

In one, Gotham Project, a company that specializes in selling keg wine to bars and restaurants, began a pilot program in early 2021 with a small group of retailers and restaurants in New York, Massachusetts and Colorado, selling wine in bottles that were intended to be returned and reused multiple times.

To do so, Gotham had to grapple with numerous logistical difficulties. Where would retailers store empty bottles? Would consumers need to wash them before returning? And what about labels? They had to be affixed with older forms of water-soluble glue that would dissolve in washing rather than with the seemingly eternal bond of modern adhesives. These challenges were dwarfed by a much bigger problem.

“We saw none of the bottles coming back,” said Bruce Schneider, who, with a partner, Charles Bieler, founded Gotham in 2010. “It seemed so counterintuitive to us. With so much heightened awareness about sustainability and carbon footprint and consumers saying they wanted to do their share, we thought this was a natural. We kept at it for a year, but we saw hardly any returns.”

Another company, Good Goods, likewise abandoned a test program of returnable wine bottles after finding consumers were simply not bringing them back. Both Good Goods and Gotham tried various incentives for consumers returning bottles, like small deposits, store credit, even donations to charity, but nothing worked in the long run.

“It’s a massive consumer behavioral shift that needs to take place, and we’re not there yet,” said Melissa Monti Saunders, chief executive of Communal Brands, an importer and distributor in New York, who worked with Good Goods on its program.

Ms. Saunders, who has also passed rigorous tests to earn a Master of Wine credential, believes the biggest problem is logistics. If systems for returning and storing bottles can be made easier for consumers and businesses, participation will grow, she said.

To that end, she said, Good Goods was reorganizing itself as a logistics company focusing on promoting a circular economy in which materials like bottles are reused or repurposed rather than disposed of or eliminated, reducing waste and saving energy.

“The logistics piece of the circular economy game is at the heart of the matter,” she said. “It’s a huge obstacle.”

On a recent episode of the Four Top, a wine podcast, Ms. Saunders discussed recycling with Diana Snowden Seysses, who makes wine at her family estates, Snowden Vineyards in Napa Valley and Domaine Dujac in Burgundy.

Ms. Snowden Seysses, too, is an ardent proponent of reusable bottles. She said the infrastructure for reusing bottles still existed in Europe, pointing out that Serge Cheveau, a company that specializes in washing bottles for reuse, was situated not far from Dujac and did big business with bottles from Belgium in particular, where the government offers incentives for reusing bottles.

Both Dujac and Snowden make wines intended for aging and require glass containers, Ms. Snowden Seysses said, which will not affect the flavor or composition of the wine.

But most wines of the world are consumed within a year of purchase and have no need of glass. Still, producers unnecessarily put modest wines in bottles because consumers perceive glass as emblematic of higher quality and associate other sorts of containers, like bag-in-box, with poor wine.

Cans are not much better than bottles, Ms. Saunders said. They are easier to recycle, but still require a lot of energy to create.

“They’re a lot of packaging for a little bit of wine,” she said.

While both women said that reusable bottles will ultimately be an essential step, they believe alternative containers like bag-in-box, even though made partly of disposable plastic, would be better environmentally as they consume much less energy to manufacture and ship.

In addition, the standard three-liter bag-in-box, once opened, can keep wines fresh for four to six weeks, much longer than opened bottles.

“It’s a myth that bag-in-box has to be cheap,” Ms. Saunders said on the podcast, adding that “in order to demystify this packaging, you need to be putting wine in it that has credibility.”

In other words, the better the wine sold in the bag-in-box format, the more willing consumers will be to embrace it. Ms. Saunders, through Communal Brands, is selling good, unpretentious wines like Hérisson, a Bourgogne Passetoutgrain, and Schplïnk, an Austrian grüner veltliner, in bag-in-box. Domaine de Triennes, which makes moderately priced wines in southern France and where Ms. Seysses is a consultant, now sells its wines in three-liter bag-in-box containers.

Other good wines are available in this format. Mr. Haas of Tablas Creek experimented with bag-in-box, packaging the equivalent of 112 cases of 2021 Patelin de Tablas rosé, a modest wine that would typically be served by the glass in restaurants. It sold out almost immediately, Mr. Haas said. The response was so enthusiastic that he repeated the experiment with Patelin de Tablas white and will do it again soon with the red.

“I was so happy to see that,” Ms. Saunders said of the Tablas Creek box. “Pedigreed, respectable producers are a really big thing, it legitimizes it.”

Other boxed wines that I highly recommend are From the Tank, from Jenny & François Selections, a natural wine importer, and Wineberry Boxes, from Wineberry U.S.A., another importer.

For her part, Ms. Snowden Seysses is trying another pilot program in reusable bottles, with a Santa Cruz Mountains merlot made from purchased fruit and sold under a second label, Snowden Cousins. It will be distributed by Communal Brands to restaurants rather than to consumers through retail.

“We’ll see how it goes in California first,” she continued. “I’m still working on Burgundy, but in Burgundy the problem is counterfeits,” she said, alluding to fraudulent bottles with labels from prestigious producers like Dujac that are filled with inferior wine and sold at a premium. Labeled, reusable bottles might make counterfeiting easier.

Looking at the scale of the climate crisis, and the small steps that seem so difficult now to take, it’s easy to feel discouraged. It’s hard to remember sometimes that every small effort helps. Reusable bottles will someday be an important tool to cutting the carbon footprint.

“It’s the perfect container,” Mr. Haas said. “If only we could figure out a way to reuse them.” 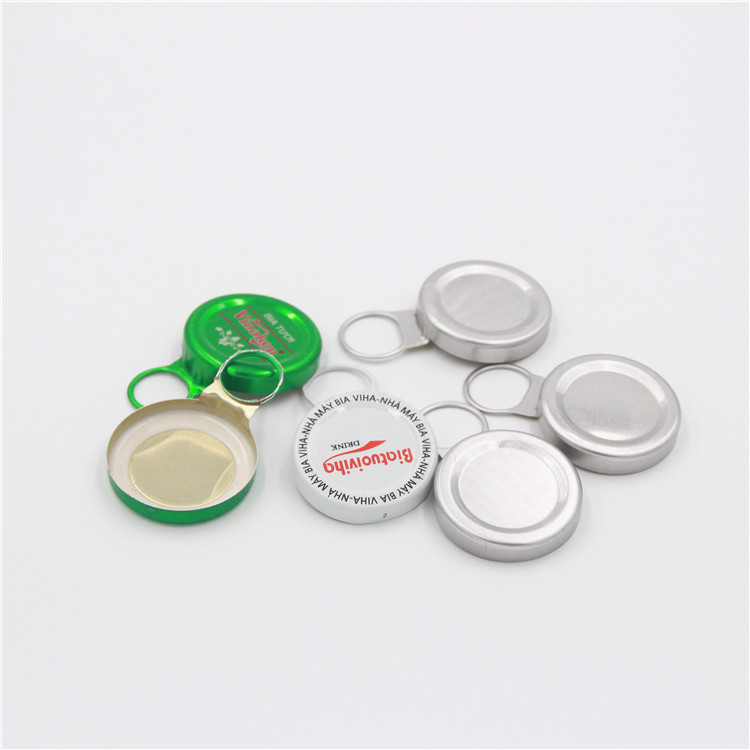